© Gary Carner. Copyright Protected. All rights reserved.
I stepped back from writing this week, partly because I wanted some perspective, mostly because I attended a training program for work. I did read Chapter 2 in my down time and made some minor changes. One of my readers looked it over and made some important suggestions. More work to do, as always.
I'm posting the last section of the chapter below (without corresponding footnotes). Also, as of today, because of the new demands of my day job I will be moving to monthly posts, done on the first Sunday of each month. Thanks for your continued interest!

From the mid-1940s through the mid-1950s pianist Joe Strazzeri ran Squeezer’s, his club at 420 State Street across the street from Kodak. Typically, gigs were followed by open jam sessions with white and black musicians alike. “Pepper used to stop in there and just get on the stand,” said  trumpeter Leo Petix. “He was around town. He was looking to get with a group and get on the road.”106 Even though he was far from being an accomplished player, pianist John Albert heard him once in a Rochester club and felt that he had a conception of what he was doing as a soloist. “He played quite well and for a person his age (middle teens) he had already developed a style, certainly different than anyone there that day,” said Albert.107

He was playing a soprano sax. The rhythm section (I don’t recall who they were) responded to his playing. He was a good “time” player and left holes they could fill in. That’s what I remember most about his style. He would blow a single note or a phrase and then wait for the rhythm to come to the next change or even go by it, and then he would dig in and catch up with great time and ideas. This to me was different than the other horn men; they seemed to stay on top of the beat and didn’t seem to use the rhythm [section] to their best advantage or let them have some fun too on the chorus. So I guess what I heard that made him different and new was a thinner, biting sound. [He] played more notes and more interesting melodic flights and used the rhythm section like Miles Davis.108

“The musicians were half and half in their comments,” added Albert. “The horn men weren’t that
‘gassed’ but the rhythm section was impressed. I know that later when other horn men were changing
their ideas and sound I thought back to that day and I wondered if any of them remembered where
they heard it first.”109 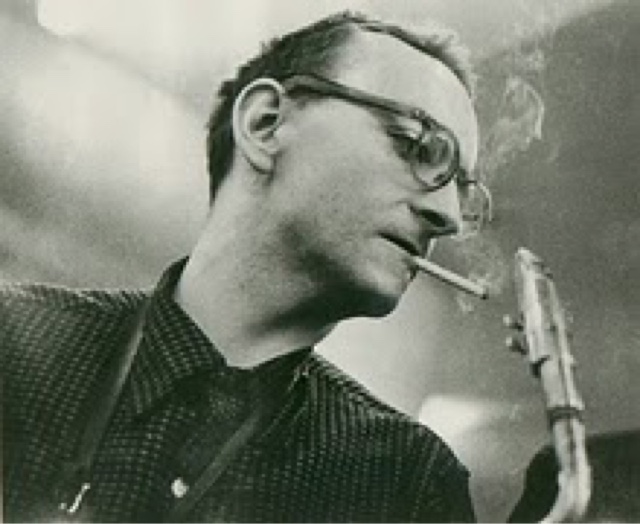 Posted by http://gc-pepperadamsblog.blogspot.com/ at 8:20 PM No comments: