I'm not sure what's holding up the release of Reflectory, but I just sent an email to Lulu, my publisher, asking for an

update. Since submitting the manuscript three weeks ago,

I’ve found it impossible to let it go. After 4+ years of intense

work, it had become such an important facet of my day.

Accordingly, I’ve been reviewing the first edition, finding some

typos and various places to make improvements and increase

the book’s balance. I just finished sweeping through Chapters

The idea is to release the upgraded manuscript as a second

edition, along with some new music examples, then use it as a

final version for an audiobook that I’ll produce sometime in 2022.

My thought is to reach an entirely new readership with the

audiobook; folks who like to listen to books on tape, whether on

their phones or in the car.

I’m hoping the book gets published this week. I’ll announce it when

that’s the case. In the meantime, check out these tunes, most of

which are discussed and included as links in the book: 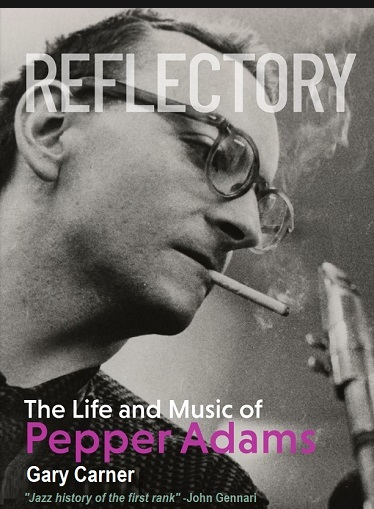 Posted by http://gc-pepperadamsblog.blogspot.com/ at 1:18 PM No comments: