I'm pleased to tell you that I've decided to donate all of my Pepper Adams materials to William Paterson University. How can I not make these important materials available near New York City, where so many researchers and musicians can use them? Moreover, how can I not add Pepper's materials to the archive where Thad Jones' materials are held? That's almost as silly as establishing a Harry Carney archive apart from Duke Ellington.

I've been in touch with curator David Demsey, and I've already boxed up twelve cartons of Pepper's material from his estate. All of the packed stuff is material that I eagerly scooped up after Pepper's death to protect it from destruction, when his widow was disposing of the contents of his house in Canarsie, Brooklyn. Much of my own materials that I've collected over the years, such as my many audience recordings, will get there eventually. The trick is figuring out a way to transport these things from Atlanta to West Paterson, New Jersey. The plan is to move everything there in phases as I finish the biography.

Some of the things that I saved from destruction that amazing day in late 1986 were Pepper's copies of alternate tracks that he recorded for Reflectory, The Master, Urban Dreams and Live at Fat Tuesday's. I've just gotten them digitized for posterity. Pepper's original cassettes will be going to William Paterson.

David Demsey and I have been discussing the provenance of the charts on the Ruth Brown/Thad/Mel date. In a private interview that Pepper did with Albert Goldman (discussed last month in this blog), Pepper mentioned that not all of the charts on the date are Thad's. Pepper affirmed that his feature on "Trouble in Mind" was written by Thad. Demsey told me that "Bye, Bye Blackbird" is Thad's too. They have the score in Thad's hand. Judging from the intro, does anyone have any doubt? We're still figuring out who wrote the other charts. Does anyone have any input on the matter?

I'm also excited to report that I've finally finished Chapter 1 of Pepper's biography. For over a month, the period 1900-1947 was a gaping hole in the chapter. Now it's been closed. It was my overarching aim to contextualize Pepper's experience by writing about the socio-political history of Detroit. Two sections (1701-1899) were done already, but writing about the first half of the Twentieth Century, so important to Pepper's sensibilities, lingered for quite some time. So much happened in Detroit then that affected the course of American history. Furthermore, Pepper worked in the auto plants, and was an impassioned advocate of social unionism. I needed to explore that to understand that part of him.

That led me to the Reuther Brothers. If you haven't seen the extraordinarily moving documentary Brothers on the Line, I urge you to watch it. Although I knew something about Walter Reuther before I watched it, I left with the strong conviction that Reuther was one of the towering figures of the Twentieth Century. If anyone should be designated for sainthood, it's Reuther. He and his two brothers' courageous work to raise the standard of living of American auto workers, in the face of all sorts of hostility, physical beatings, and assassination attempts, is the thing of legend. Do you know about his work with Cesar Chavez and Martin Luther King in helping them advance their struggles for human rights, or his work with the Kennedys and Lyndon Johnson? Now almost fifty years after his death (which I suspect in 2020 will be celebrated), Reuther is far too little known. Please check out the film. Here's the trailer: https://m.youtube.com/watch?v=i5x5VEtZ9xk

Now it's time to finish up Chapter 3, essentially the period 1954-1955 but with some intentional twists and turns added. This will conclude the first half of my part of the book. Part II is being written by alto saxophonist John Vana. He's making great strides with his analysis of Pepper's playing.

For those who like to hear Pepper Adams speak about his life, a whole crop of new interviews with him have been posted at pepperadams.com: http://www.pepperadams.com/Interviews/index.html 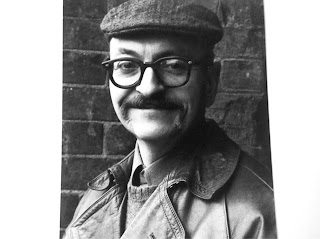 Posted by http://gc-pepperadamsblog.blogspot.com/ at 12:51 PM No comments: